My most recent play was Himmat (Courage). It was performed in the Georgian Room at Wolverhampton Art Gallery in September 2019.

The play told of a local dispute in 1969 which hit the headlines in Britain (and India) as Sikh bus drivers fight for the right to wear their turbans and beards at work.

It had a great reception. At least 345 people attended over five performances. The overwhelming verdict (gleaned from Evaluation sheets, post-its and verbal comments) was positive. Eshmit Kaur, my collaborator, and I were delighted both that a substantial portion of our audiences identified themselves as Sikh (68% overall) and that many people had not visited the Wolverhampton Art Gallery, where we staged the play, before. 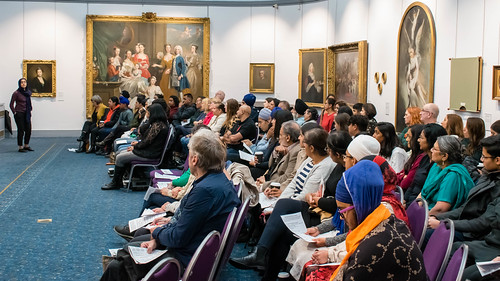 A Sheep in Wolf’s Clothing, an entertainment featuring episodes from the history of Wolverhampton, was performed at Wolverhampton City Archives on 27th and 28th January as part of the Wolverhampton Literature Festival 2018. 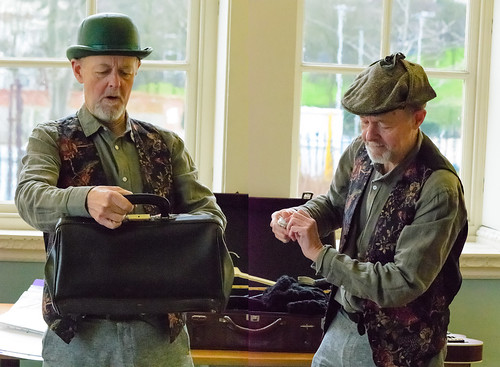 The third part of my Arts-friendly Archives project, Bram and the Guv’nor, was performed at Stratford upon Avon Archives, Shakespeare Birthplace Trust in May 2017. 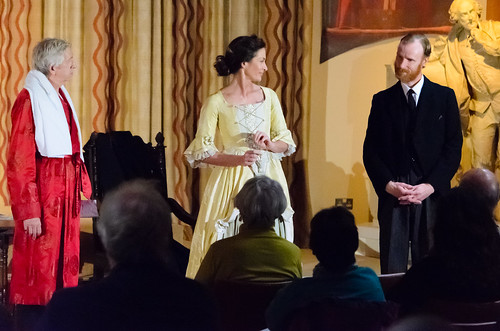 Murchison and the Miners, the second part of my Arts-friendly Archives project, had three performances at Dudley Archives in November 2016. 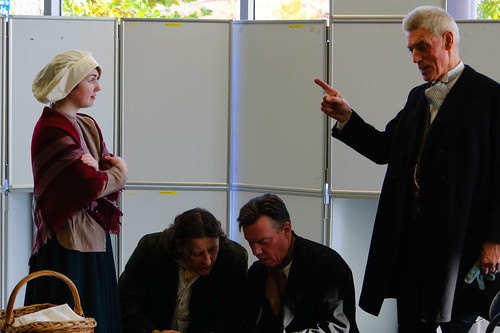 Surnamed Africanus, the first part of the project, had three performances in Wolverhampton City Archives in July 2016.

The well-received performances of the plays were also filmed by Wolverhampton University’s Phil Nichols and his students.

The video of Surnamed Africanus was premièred as part of the WOLF (Wolverhampton Original Literature Festival) programme at Wolverhampton Archives, all day, on Saturday 28th January 2017, and can now be seen here. Videos of Murchison and the Miners and Bram and the Guv’nor are now also available.

The Arts-friendly Archives project is supported by the Arts Council and involves three plays in three venues: Wolverhampton, Dudley (November 2016) and the Shakespeare Birthplace Trust, Stratford upon Avon (May 2017).

Using my own research, I create engaging, entertaining and informative plays. My audiences span primary pupils, young people and adults.

Whether you want to spotlight an important piece of local history or a building or a collection I can collaborate with you to produce a unique piece of theatre. And we could film it for future use.

June 2016, Mary Stevens Park, Stourbridge, Dudley. In the Land of Glass and Saucepans, was a free, half-hour, outdoor comedy staged in the park’s charming Tea Gardens (with gazebo shelter when it rained). 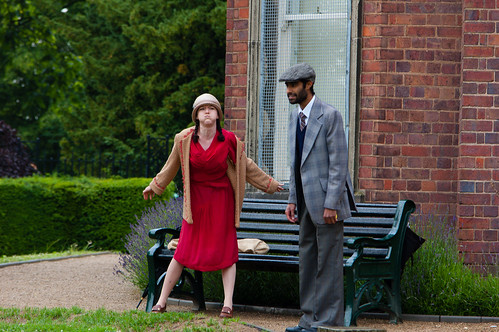 The play celebrated Dudley Council’s Heritage Lottery-funded refurbishment of Mary Stevens Park. There were schools performances for audiences from years five and six, and free performances for the general public at the weekend.

Wolverhampton City Council commissioned two outdoor pieces for the re-opening (following an HLF grant) of their East Park: Daisy, Daisy a comedy for adults and We all love a paddle for children and grandparents. 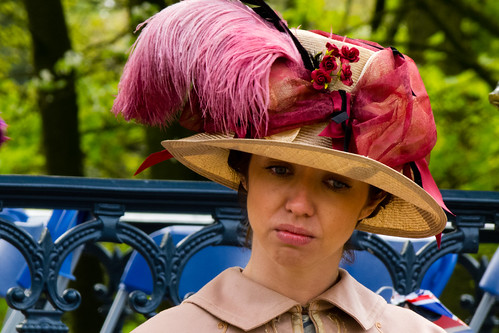 The HLF-funded, How d’you know that? was performed live at Sandwell archives and then premièred as a film. The HLF also funded the professional filming of the performance and a short documentary about the project. These can be viewed here.

Other schools productions have ranged from A is for Archives (KS1) about a Georgian slave who once lived in the building which now houses the Wolverhampton Archives, to We started it!, about the Victorian origins of Wolverhampton Wanderers, performed in six primary schools, to a seven-minute film I produced with Madeley construction students, about their town’s buildings (Stories in Stone).

My adult pieces include the promenade performance Civic Pride at Bantock House Museum, A Matter of Interpretation which responds to an exhibit at Wolverhampton Art Gallery, and Pupil Teacher, performed in the intimacy of Bantock’s Arts-and-Crafts parlour. 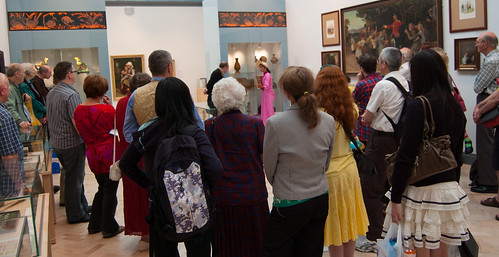