My most recent work

Driving The Ghost Bus. The play was performed in the Georgian Room at Wolverhampton Gallery on 25th, 26th and 27th of June 2021.

As part of the Wolverhampton Literature Festival 2020, there was interactive talk about the portrait Nurse Brown From Jamaica. 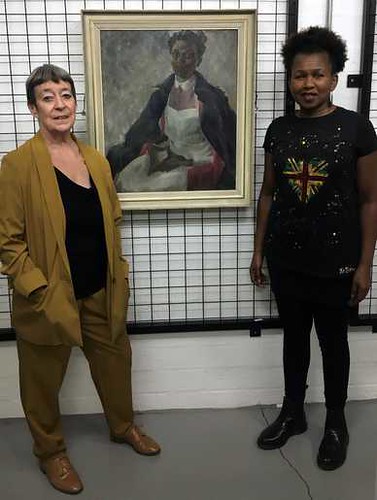 I was joined by Joy Baines, an artist inspired by afro-centric beauty.

We had Nurse Brown’s portrait on display at each session for people to look at before and after the short talk. Our aim is to give, and more importantly to listen to, information and ideas about the young Black woman in the painting. 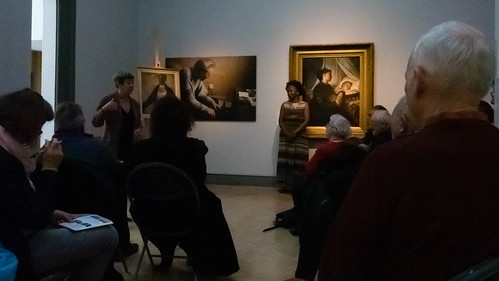 Painted in 1956 by a white, Birmingham-based artist, Irene Welburn a member of the Royal Birmingham Society of Artists, she is depicted as attractive, self-possessed and wearing her uniform with pride. And she is making an intriguing gesture. Is the striking way she is holding her hands important to her? Could she be making a sign that she is a Rastafarian?

As we hoped, by the end of the Literature Festival we may be nearer knowing the answer to that and other questions about this mysterious portrait.

Another recent production Himmat (Courage) had a great reception. At least 345 people attended over five performances. The overwhelming verdict (gleaned from Evaluation sheets, post-its and verbal comments) was positive. Eshmit Kaur, my collaborator, and I were delighted both that a substantial portion of our audiences identified themselves as Sikh (68% overall) and that many people had not visited the Wolverhampton Art Gallery, where we staged the play, before. 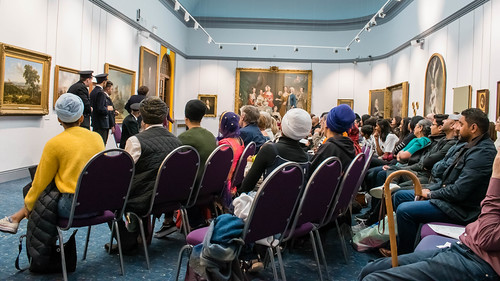 I write and produce professionally-acted and directed plays. These are frequently based on actual historical events researched by myself.

My approach is three-pronged: adult drama involving communities in various venues including open-air ones; plays for children both in schools and historic and characterful buildings; and informal, sometimes promenade, site-specific pieces for adults in archives, museums and art galleries.

People’s memories of their area’s past and their own experiences are also important in my script-writing. I aim to create a rapport with audiences who may not see theatre as something they normally do. 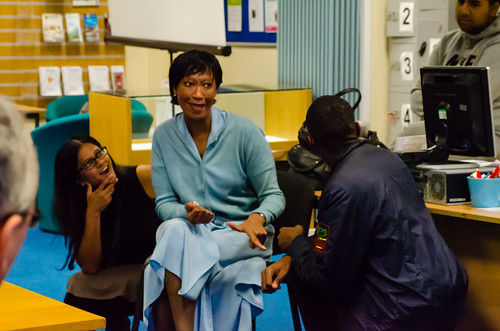